Clear Front Wing and Mount for 2wd Buggies from Pro-Line 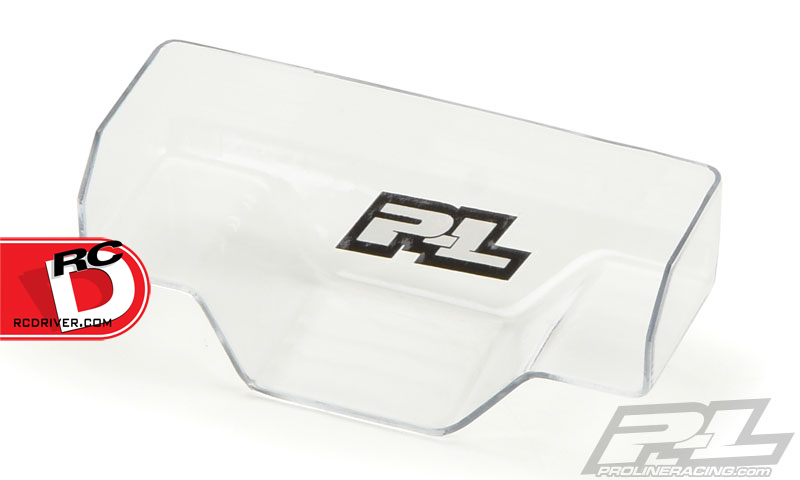 Pro-Line is proud to introduce a new take on the 1:10 Buggy Front Wing craze with the release of Pro-Line’s Front Wing and Mount! The new Front Wings for the 22 3.0, B5M, YZ-2 and RB6 first debuted at the 2016 Reedy Race of Champions by taking home the Championship Win at the hands of Pro-Line team driver Dakotah Phend. Pro-Line’s Front Wing is placed in front of the shock tower and sits as low as possible for the cleanest air flow and lowest possible center of gravity.

Racers who have tested the Pro-Line Front Wing say that it gives you everything you expect from a front wing, like keeping your front end planted coming out of the corners, without doing the negative things that can come from a high center of gravity wing. The Pro-Line Front Wing has a sophisticated look and style and doesn’t completely alter the look of your buggy.

The Pro-Line Front Wing includes 2 wings in each package and each one has 3 different Wing cut lines so you can adjust the amount of front downforce to what works best for your car and track conditions. The lowest cutline gives you the least amount of downforce and the highest cutline gives you the most downforce. The middle cutline on the Front Wing has been the most popular so far.