Share
For those guys who are out of control bashers, installing a roll cage is often a good thing and the folks at VG Racing have cages for just about any application. I have been a fan of products from VG Racing since I used one of their roll cages on a Stampede 4×4 project some time ago.  They are very well made, durable and look fantastic.  So, when I received word from the RCD offices that there was a cage for the Losi TEN chassis platform available to try out I immediately made a quick call and told him that I needed it.  A few days later the UPS man made my day when a box with it arrived at my door. 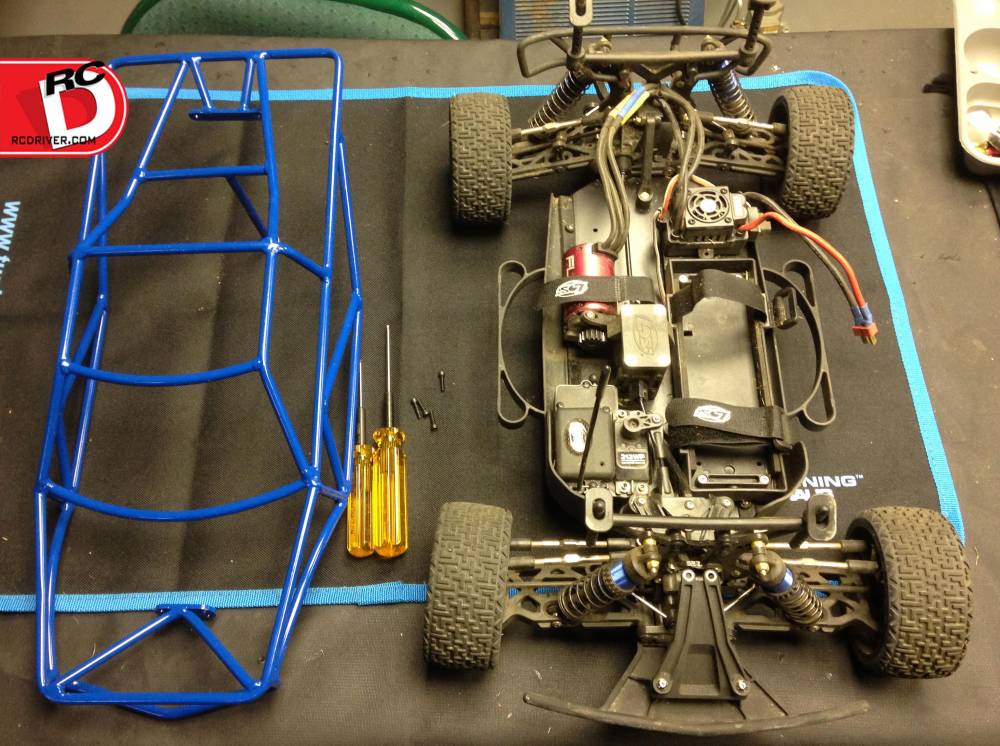 I received a sharp looking blue cage and VG Racing includes with the cage 4 new screws and an “L” wrench to aid in installing.  Even so, I went for my set of MIP wrenches a 1/16 to remove the old screws and a 3/32 to install the new screws, when it was time for installing the cage.

Speaking of the install, it is as painless as can be.  Simply remove the 4-screws that attach the front body mount to the shock tower, line up the cage to these holes, and install the new 3/32 screws that VG Racing includes.

The process is nearly identical in the back except there are only 2-screws used as opposed to 4.  The total time from start to finish to install the VG Racing SCTe Tube Roll Cage is a whopping 5-minutes, less time that I spend in my local Dunkin’ Donuts drive through each day!

While the cage I received was intended for the SCTe I was easily able to install it on my TEN Rally X.  The only thing I needed to do to accommodate the cage was raise the front body mounts. 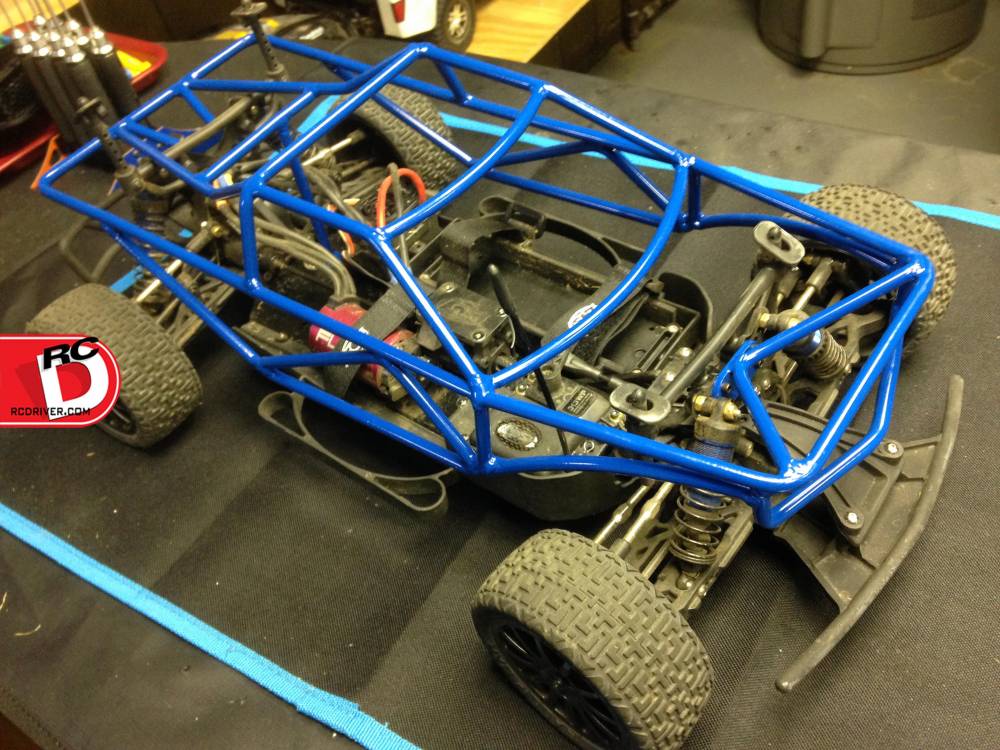 With its great looks, functionality, rugged design and how easy it is to install, this is one of those items that fans of the Losi TEN platform who give their vehicle a brutal beating should pick up! 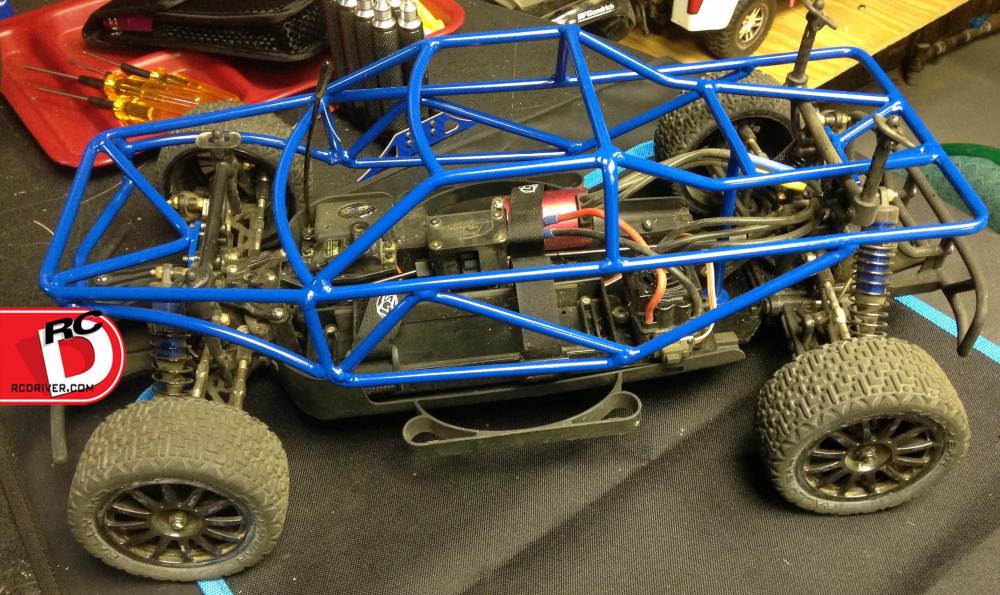 Drive on over to www.vgracing.com for more info –