An all-new vehicle from Axial was released…introducing the Axial RCX10 Ryft Rock Bouncer. This is one killer new release and if you like the scale off-road style that Axial brings you with their amazing scale machines like the SCX10 III or their more off-road capable Wraith or RR10 Bomber, but wanted something with a bit more brutal power to shred terrain, then the Ryft is the rig you’ve been waiting for. 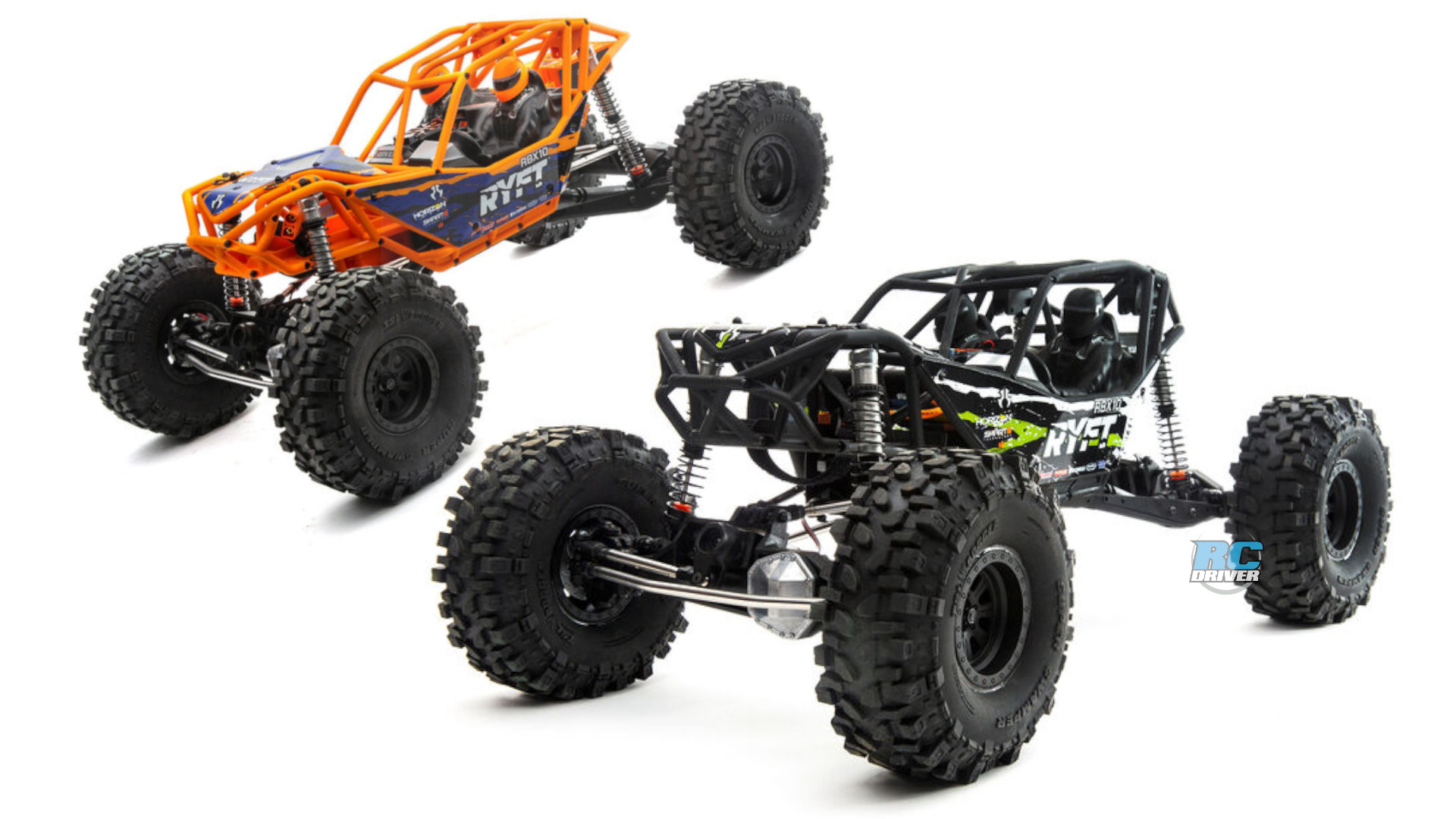 The Axial 1/10 scale RBX10 Ryft 4WD is a ready-to-run vehicle that lets any RC driver experience the thrills of rock bouncer off-road action. Full-size rock bouncers refuse to stop — or even back down on the throttle — when facing steep climbs and massive rocks. So does the RBX10 Ryft 4WD. This ground-up new Axial vehicle handles lots of abuse and loads of power.

The RBX10 Ryft 4WD’s robust, custom tube chassis is engineered from a high-strength composite plastic that withstands the hard knocks of RC off-roading — even while moving at the high speeds produced by a strong powertrain featuring a 4S-capable, 2200Kv brushless motor. Both the front and rear axles boast a rugged two-piece, solid axle design. Licensed Interco TSL Bogger tires on Raceline wheels, aided by long travel front and rear shocks, do their part to tame wild off-road tracks. These features, along with a full-time 4WD transmission, make the RBX10 Ryft a fun vehicle to send over the trails at full throttle. 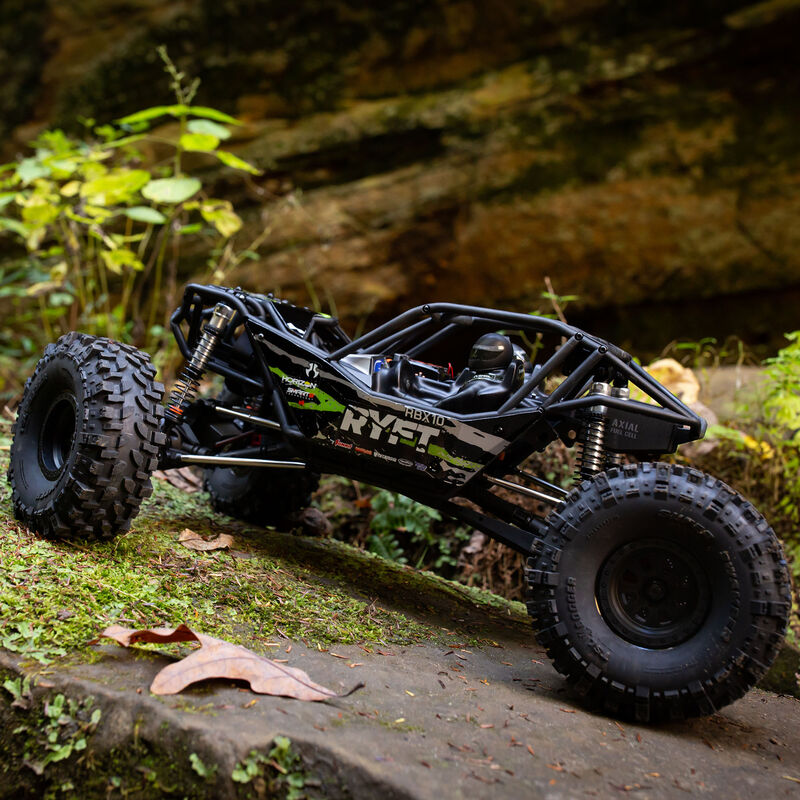 Exclusive Spektrum technologies, such as Smart telemetry and AVC traction control, help even new RC drivers enjoy unstoppable performance from the RBX10 Ryft 4WD. Its Spektrum DX3 radio uses DSMR technology for superior range, response, and interference resistance. The radio is also fully compatible with the Smart telemetry potential of the vehicle’s Spektrum Firma 130A Smart ESC. When using a Spektrum Smart LiPo battery, you’ll stay aware of on-board battery capacity with only a glance at the transmitter’s handy voltage level indicator. When the voltage gets low, an alarm will sound. 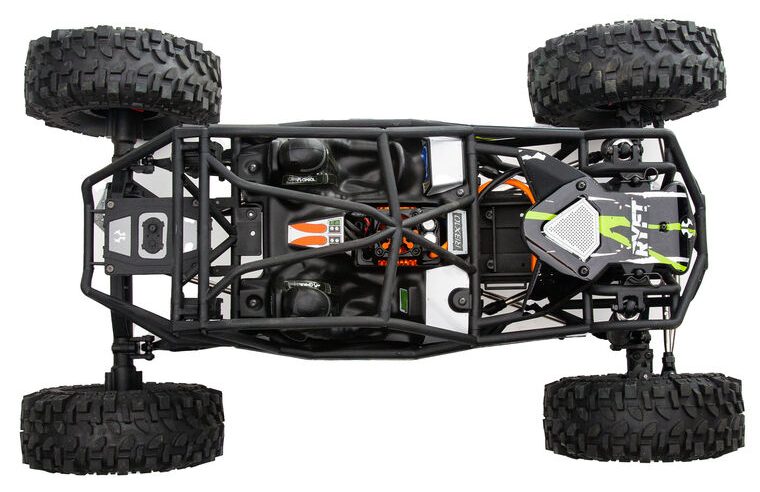 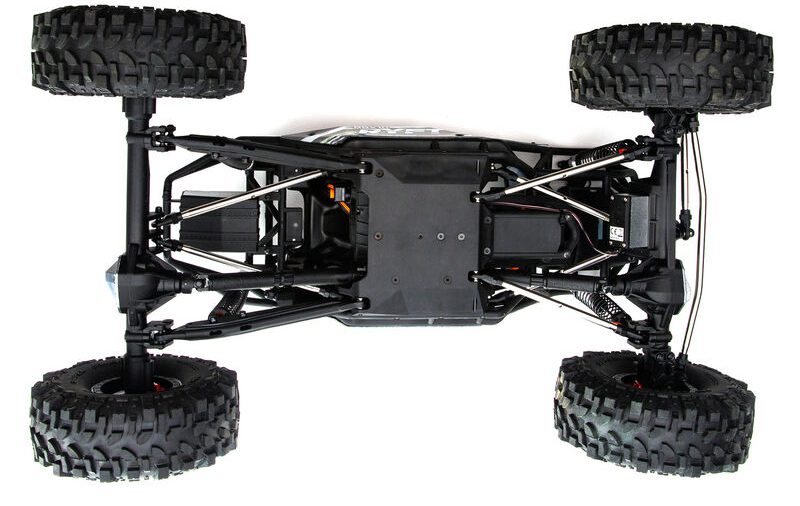 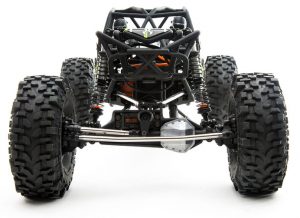 The DX3 radio and SR6100AT receiver also support the on-demand traction control of Spektrum AVC (Active Vehicle Control) technology — included here for the first time in an Axial RTR vehicle. With an AVC system, you can dial in extra stability as needed to carve corners or nail jumps without backing off the power. You have full-throttle freedom over rough terrain, slick surfaces and loose dirt!

The Axial RBX10 Ryft 4WD is ideal for beginner to intermediate RC enthusiasts who are interested in rock and ultra4 racing or crawling, over trails, dirt, gravel, rocks and more. It’s available with a striking orange or black factory-applied finish and requires nothing except a battery and charger. 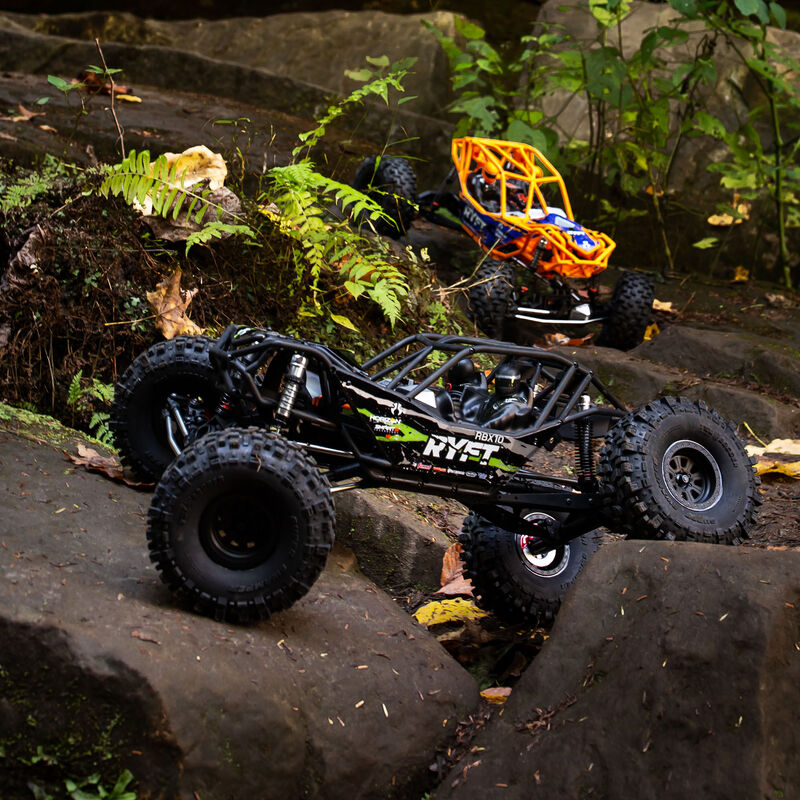