Is it hot in here?
This article was originally published in the RC Driver’s April 2016 issue. 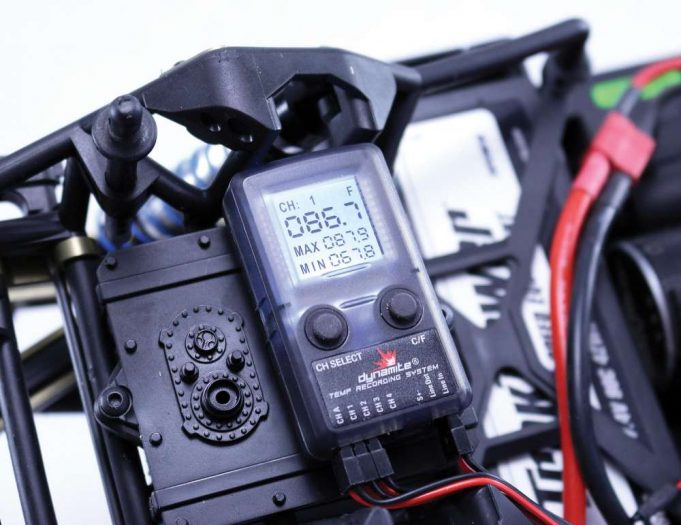 One of the biggest killers of RC components is heat. An overheating motor, ESC or battery can cause major failure or even result in your car catching on fire. I’ve seen both events hap- pen and, up until now, there’s not been an inexpensive way to monitor heat build-up in a vehicle.

Enter Dynamite’s Temperature Recording System, a small unit that mounts in your vehicle and, using five separate sensors, monitors and records temperature data. While this unit is a meager 57mm long, it sports a backlit LCD screen, two menu buttons and seven ports along its side; two power ports and five sensor ports. Installation is a snap – mount the unit someplace safe in your car using double-sided tape, run the power lead from the unit to your receiver and then install the temp sensors. This system will work with on-road, off-road, nitro and electric vehicles. Heck, it will even work with gas vehicles!

Once installed, it’s pretty much a set-it- and-forget-it system. Since it’s plugged into your receiver, it comes on when you turn your vehicle on and immediately starts sensor monitoring. 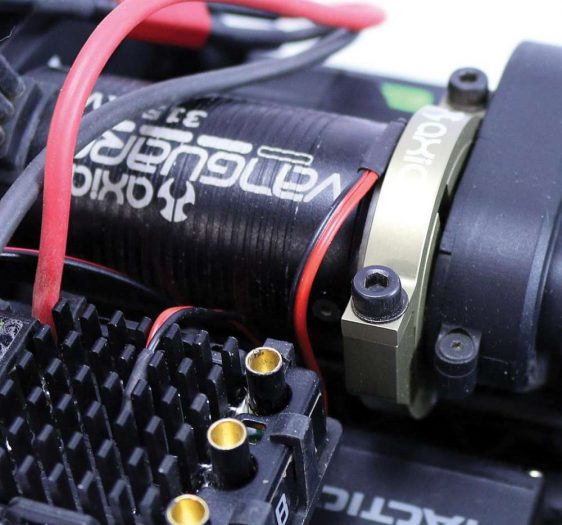 For this test, I installed this unit in my Trophy Truck, giving me the opportunity to test the system in on-road and off-road  applications. Using double-sided tape, I mounted the unit on top of the faux fuel cell just behind the battery. I fed the power lead to the receiver as well as connecting three leads to the appropriate locations – the recommended areas being the motor, battery and ESC. Now here’s the bummer part – while the leads are long enough to reach to where you want them, you have to be creative as to how you’re going to attach the leads since no connector is supplied. Mounting to the ESC was easy – the ESC has multiple heatsink fins on it so I just slip-fit the sensor down between them. For the battery, I pulled one of the bullet plugs from the battery, set the sensor in place and pushed the bullet plug back down, basical- ly ‘pinching’ the sensor in place. The motor, however, was the tricky one. I couldn’t find a suitable way to mount it without it look- ing all janky, so I applied a VERY small drop of CA glue to my hobby knife, spread it like peanut butter on the sensor’s heat- shrink coating and pressed it in place. Yes, three inventive ways to mount the sensors; let’s just hope they stay in place! 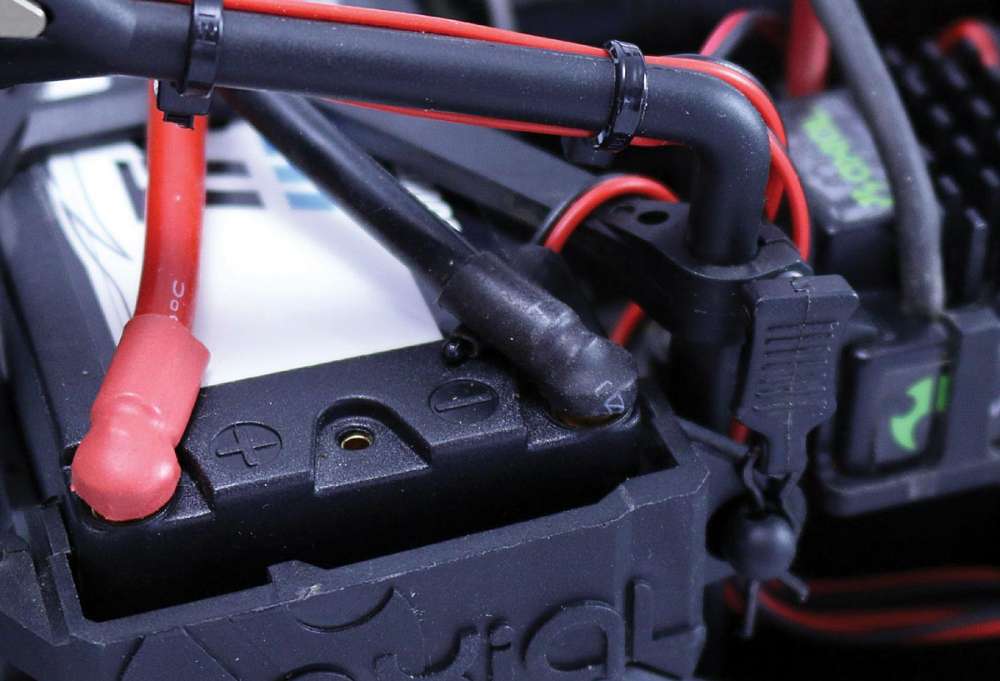 So how does it work? Actually, really well! After a full battery pack, I pulled the test truck in and checked all the sensors – awesome; they were all in place! Next, I pressed the button and was able to see the Minimum, Maximum and Current temper- ature readings of the three sensors. To veri- fy these numbers, I hit the motor and ESC with my Exergen Infrared Temp Gun at the same location as the sensors. The readings were only about 1° off! That’s pretty accu- rate for a $40 system!

The Dynamite Temperature Recording System is a great little unit for hobbyists wanting to keep track of heat buildup in their vehicle. I can see many different applications, dropping this into your crawler, Monster Truck or even a 1:5 scale gas truck!