This article was originally published in RC Driver’s June 2016 issue. 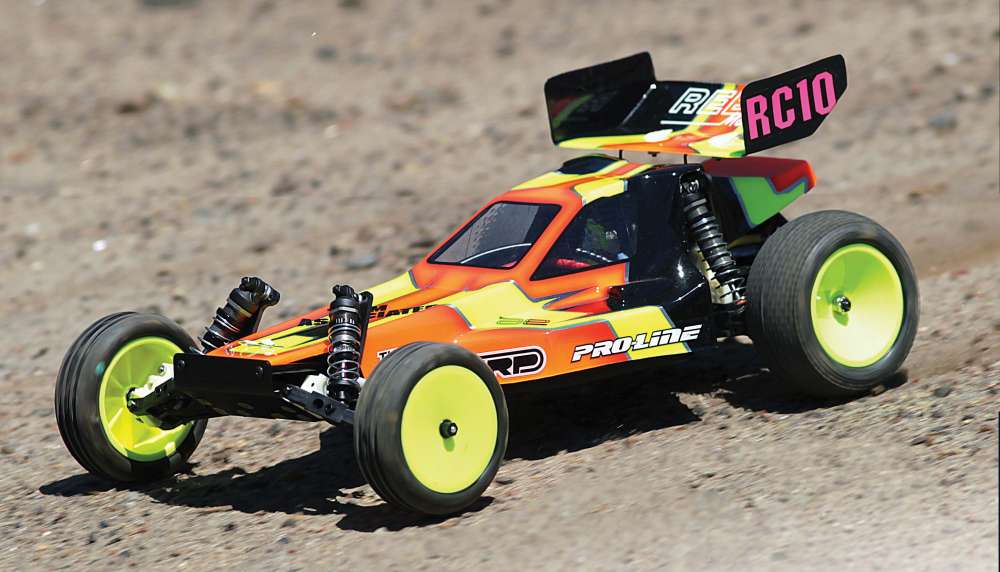 The year was 1985 and off-road racing looked almost nothing like it does today. In a short 30-plus year time span off-road buggies have completely evolved from bumper to bumper while the tracks they race on have seen complete overhauls. Things have changed so much that a 2WD buggy from today would probably, check that, most certainly, be banned from racing and in many cases not even be considered 1/10-scale.  We have gone from racing on good old fashioned dirt tracks that were in our friends’ and neighbors’ back yards and needed to be watered and tended to between rounds, to groomed surfaces like clay that are “chemically treated” with sugar and calcium chloride. We have even gotten to the point that off road racing, both inside and out, takes place on carpet and AstroTurf style tracks. This month I am going to give a brief profile of the vehicles that have won the 2WD off-road IFMAR World Championships so we can quickly see how they have changed. 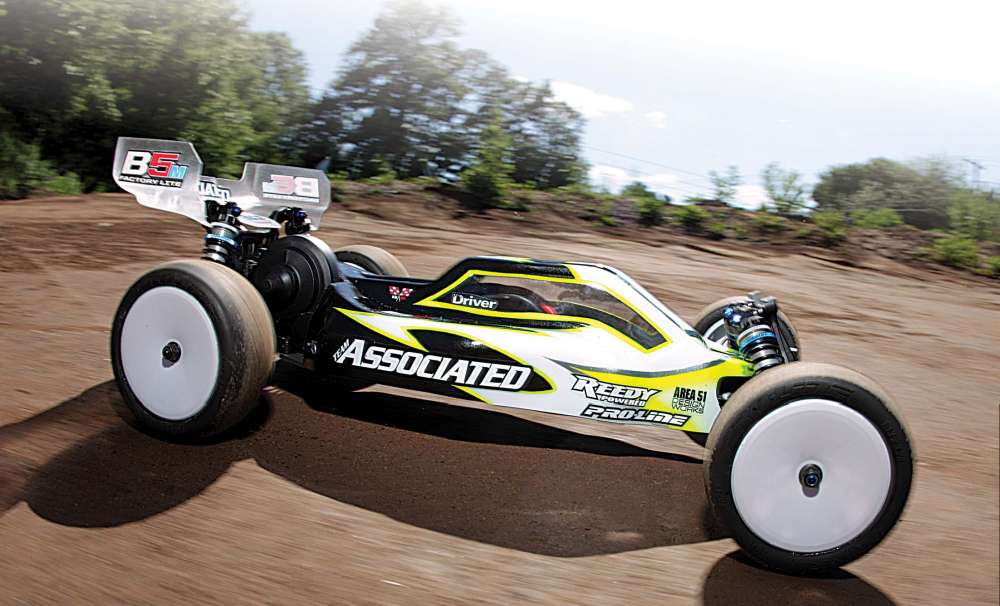 Held in California, the first ever off-road World Championships took place in 1985 and was dominated by the now legendary Team Associated RC10. The aluminum tub chassis, six-gear transmission with VariLock diff and aluminum oil-filled shocks helped this car not only handle well, but made it nearly bullet proof. The 1.6-inch rear Championship knobby tires and 1.6-inch Pro-Line Holiday fronts on the car Jay Halsey drove to victory were miniscule compared to the tires racers roll with today and were rather hard in composition.

Fast forward to 1987, the Kyosho Ultima, piloted by Joel “Magic” Johnson took home the world title. This Ultima was different from the box stock car as it featured a graphite single plate chassis as well as a plethora of other option parts. Additionally, the size of the tires and rims on this car were bigger than the RC10 from just two-years before and the size of the knob on the tires was a bit smaller.

In 1989, perhaps sour from not taking the top spot at the 1987 Worlds, Team Associated debuted the first of two “Stealth” vehicles that were seemingly hand built. We now know that the car Masami Hirosaka piloted to the top spot on the podium featured a dual deck graphite chassis, tall oil filled shocks and wide suspension arms to help tame the rough terrain, and an efficient three-gear transmission. As in previous years the tire and rim size again increased while the size of the knobs on the rear tires decreased.

Two years later Team Associated shocked the masses yet again with a car like none had seen before. Sporting a tall front shock tower was nothing new at this point, but it was the placement of the shocks, behind the tower, that made this car stand out. Cliff Lett, now the top boss at Team Associated, had a neat “No Copies” sticker on the roof of his classic Team Moo inspired body because this car was truly unlike anything else on the track. While it still featured many handmade bits and a double deck graphite chassis it did utilize a production three gear Stealth transmission and single pad slipper clutch. Tires on the 1991 Worlds Car were similar in size to the cars from 1989 but the front and rear tread was larger and more aggressive.

While many were expecting all the major manufacturers to show up to the 1993 Worlds with new and original cars Team Associated went in the complete opposite direction and arrived with a revised version  of the original RC10 that won in 1985. Using a black anodized aluminum tub chassis that had been machined and milled out to reduce weight, it had slight geometry changes, suspension arms made from a more rigid material, the Stealth three-gear transmission and even a Losi Hydradrive to help cope with track conditions (I’ll discuss this more later). Tires size now had stabilized and the Pro- Line knobby rear treads and front ribbed tires were all the rage. Interestingly enough, this was the first World championship run on a clay track.

In 1995 there was a passing of the torch so to speak as the original RC10 was officially replaced by the RC10B2. This was the first car from Associated to feature a composite type main chassis with internal channels to make it rigid (something the folks at Losi started a short time before), a graphite front shock tower, rigid composite suspension arms, and the three gear Stealth transmission equipped with a Losi Hydradrive. This car was so good at the time that Matt Francis was the top qualifier in each and every round and cruised to victory in A1 and A2. Tires treads/patterns and sizes were consistent as in years past but many tire companies started to experiment with various compounds to gain a competitive advantage.

Losi came to the 1997 Worlds, held at the famous, but now closed, Ranch Pit Shop in Pomona, California, with the XX-CR. This car featured a hinged front bulkhead, making it easy to wrench on, LRG modular composite graphite chassis, three-gear XX transmission with dual pad slipper clutch, front knuckles that held the wheel bearings and a host of other innovations. Brian Kinwald, the former World Champion from Team Associated, was now running for Losi and starting from third on the grid helped his new team take the top two spots on the podium. Brian ran Silver compound Losi X-Pattern 2000 tired on the rear of his buggy as did half of the field, and Losi Silver compound.

WIDE BODY TIRES IN THE FRONT
Team Associated was back at it for the 1999 World held in Finland with the RC10B3. Not all that different from the B2, Team Associated actually sold a conversion kit for a short while with everything needed to make the switch.

This car featured Quadra-symmetric suspension, meaning all four suspension arms were the same length, helping the car handle more consistently, and MIP CVD style axles. The B3 that Masami used to win was topped off with a Pro-Line low profile body with new rear shock tower with revised geometry. This car used 2.2-inch wheels and Masami Hirosaka chose to use Pro-Line Hole Shot M3 rear tires while others in the main used Pro- Line Square Fuzzies in the M3 compound.

From 2003 – 2011 Team Associated dominated the 2WD class, winning five consecutive World titles with the RC10B4 platform. In 2003 it was Billy Easton who took the title with a relatively stock vehicle that did not even have threaded shock bodies. 2005 was saw complete Factory Team B4 dominance with Neil Cragg and the top six spots belonged to Team Associated. Team Hot Bodies driver Hayato Matsuzaki wheeled a B4 to victory on 2007 with a car that featured many purple parts and Hot Bodies brand shocks. 2007 was also the second time the Worlds were held on a clay track and many drivers were using tires with a flat or slightly raised tread, a far departure from the large knobs of the past. In 2009 Martin Achter took a Pro-Line equipped B4 to victory at a race held once again in South Africa. While attendance was low due to international safety concerns it is important to note that this marked the first off-road world title won using a brushless motor. Held in Finland again, 2011 was the last year the B4 series took the title with Ryan Cavalieri piloting a Factory Team B4.1. While there were slight variations over this time period, like the use of a longer chassis and the addition of threaded shock bodies, this car remained relatively the same for a very long period of time.

2013 was an interesting year for sure! With high traction tracks, LiPo batteries and brushless motors being all the rage manufactures started going away from rear motor cars that had dominated the scene from 1985 – 2011 in favor of mid-motor vehicles. Manufacturers like Kyosho, Durango, and Team Losi Racing all made cars that could be built in either standard rear or mid motor setups while others, like Team Associated used an aftermarket conversion kit and Tamiya made their own conversion.  Jared Tebo, a former 4WD World Champion, took the top spot with his Kyosho RB6 that used an aluminum chassis  built in mid-motor configuration, cab-forward style body and velvet coated big bore shocks A Tamiya buggy driven by Lee Martin finished second and Ryan Maifield with a B4 with Centro mid- motor conversion kit in third. To help even the playing field so to speak this race, like in previous years, utilized hand-out tires so everyone had the same tires to pick from.

There was a sea of green in 2015 as the Worlds were held on a very high traction AstroTurf track at Yatabe Arena in Japan. While some westerners did not consider this to be a true off-road race it was well attended and saw fierce competition. Team Associated drivers fielded an RC10B5M mid-motor buggy with some drivers, like 2015 champion Spencer Rivkin, using what appeared to be an aftermarket laydown transmission and rear shocks moved to the front of the suspension arms. Standard features on this car included big bore shocks with some drivers using shock bodies with slick Kashima coating, Jared Tebo came in second with a Kyosho RB6 and Ryan Cavaleri was third  also with a B5M.