Here at RC Driver, we are typically focused on brand new stock vehicles that we review for our readers and YouTube viewers. The vehicles are kept stock and unmodified to ensure an accurate review yet these stock vehicles only make up a small part of what is in the RC universe. Once they get into the hands of the hobbyist, most vehicles are not left in stock form and get upgraded and customized. Like with an aftermarket body or new wheels and tires. Then there are the select few that get transformed into impressive one of a kind builds. One of which is this stunning homebuilt Tamiya Sand Scorcher built by Ronnie Martin. 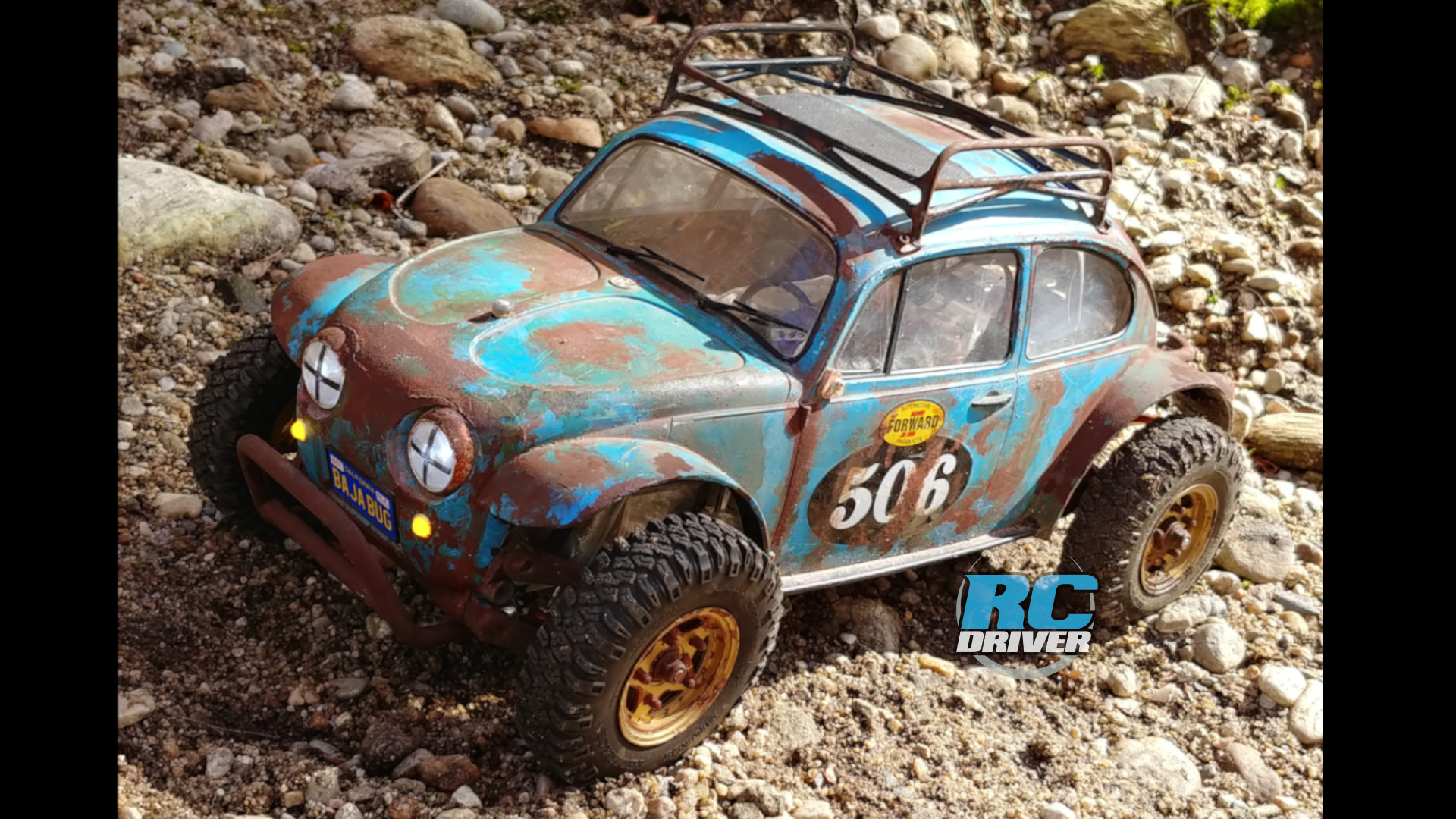 Ronnie Martin has been in this hobby for nearly 30 years and has owned numerous cars and trucks. In the beginning he was not into scale vehicles. It was not until he bought an RC4WD Trail Finder 2 off-road 4×4 truck that the scale bug bit. Ironically, Ronnie’s go-to car is now a super realistic bug…this Tamiya Sand Scorcher re-release. Currently, his favorite segment is scale trailing and he loves trailing with his Scorcher. He tells us that although it is equipped with the stock locked drivetrain, the car is quite capable out on the trails and an even climbs quite well.

Five years ago, Ronnie bought the Tamiya Sand Scorcher second hand from a guy who had built it, but it was not completed to what you see here. The first step was to paint the Scorcher a coral blue color in which it did not stay pristine for long because this bug is a runner and not a shelf queen. With a few trail runs under its belt, the body earned some “character”. Instead of combating the nicks and scratches, Ronnie embraced them and created the rusted look you see here. Now the Scorcher resembles an old VW bug that competed in the Baja 500 off-road race.

Included with the purchase of the Scorcher was a faux engine that was harvested off of a 1/12-scale static model. This engine was a perfect addition to the bug to add some serious realism.

If you are familiar with the Sand Scorcher, you know that it comes with narrow ribbed front tires and wide rear paddle tires. Since Ronnie would be hitting the trails more than the sand, the stock wheels and tires were scrapped. He used four front wheels off of a Tamiya Fast Attack Vehicle. In order to make the wheels fit on the rear, some of the inside of the wheel was shaved off. 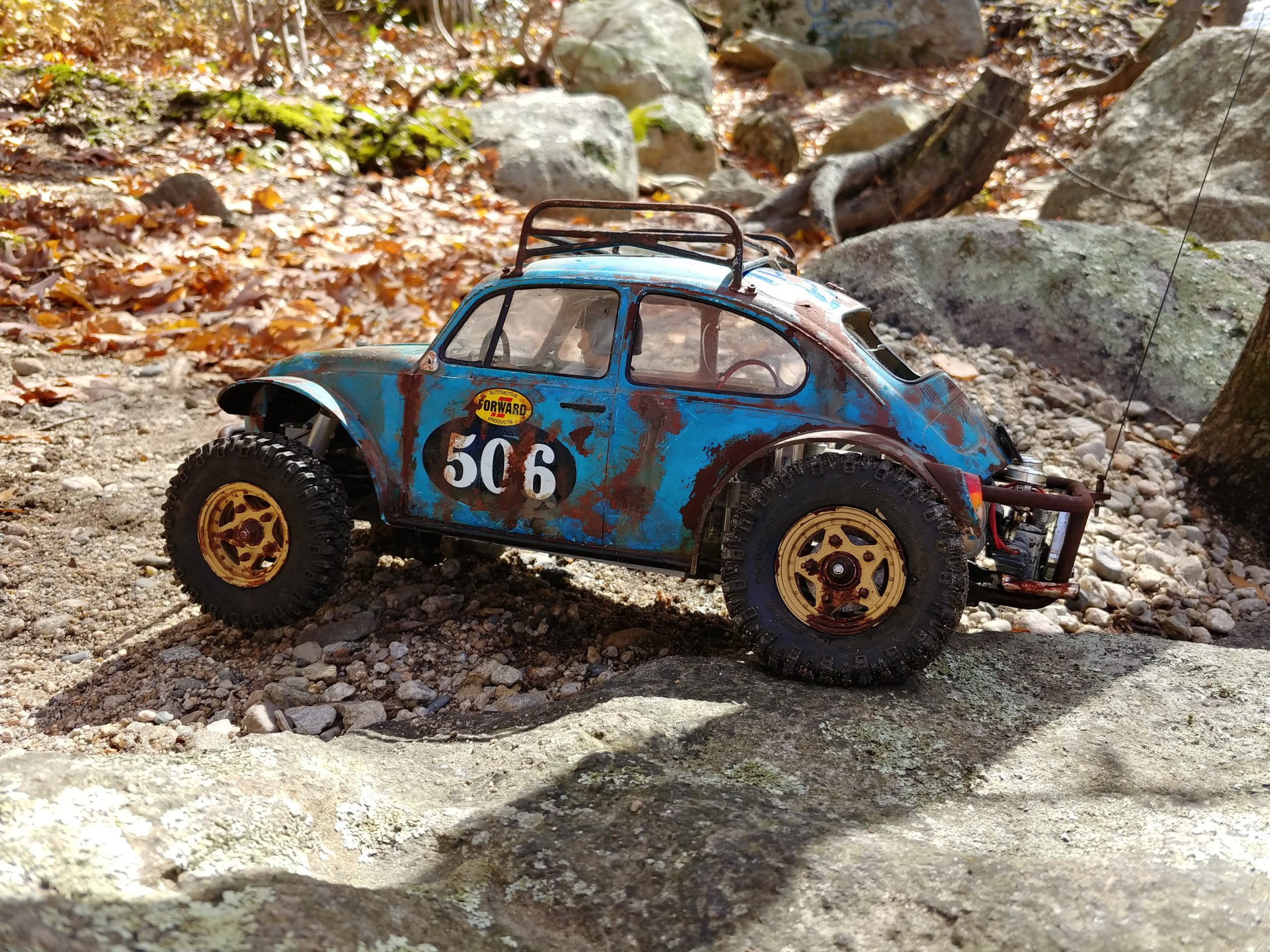 The Fast Attack Wheels are composed of three pieces that are bolted together. Instead of using the stock screw and nut that is typically used on these wheels, Ronnie picked up a bunch of Acorn nuts from Locked Up RC. The Acorn nuts resemble the lug nuts you would find on a real vehicle and add that fine realistic detail that makes this bug stand out from others.

Wrapped around each of the wheels are the awesome looking, Mickey Thompson 1.55” Baja MTZ tires from RC4WD. The meaty tread is super detailed and quite functional.

The power to propel the weathered Baja bug is an RC4WD 35-turn crawler brushed motor matched up with a reliable Axial AE-5 speed control. The AE-5 speed control offers drag brake settings and is waterproof, perfect for the trail runs that Ronnie does.

Up on the roof is a custom steel roof rack that nicely fits the round roof of the Tamiya bug body. Like the rest of the car, the rack was given the weathered treatment to match the body.

About the builder, Ronnie Martin

The first car that got Ronnie started in this hobby was the Kyosho USA-1 all the way back in 1991. Later in the early 2000’s, he spent a few years running nitro-powered Traxxas trucks. It was not until 2009 that he became focused on scale vehicles once he got his hands on a RC4WD Trail Finder 2 truck. From there on in, he has loved scale trail rigs.

In the past decade, Ronnie has been collecting vintage RC cars and has amassed an extensive collection including vehicles from manufacturers like Associated, Tamiya, Kyosho, Custom Works, and Advance Engineering. Intermingled with his vintage rides are modern cars and trucks from RC4WD, Vaterra and Traxxas. That last time he counted his vast collection, it was well over 40 RCs. His favorite thing in RC is building with scale trailing in second place, especially with his custom Sand Scorcher. 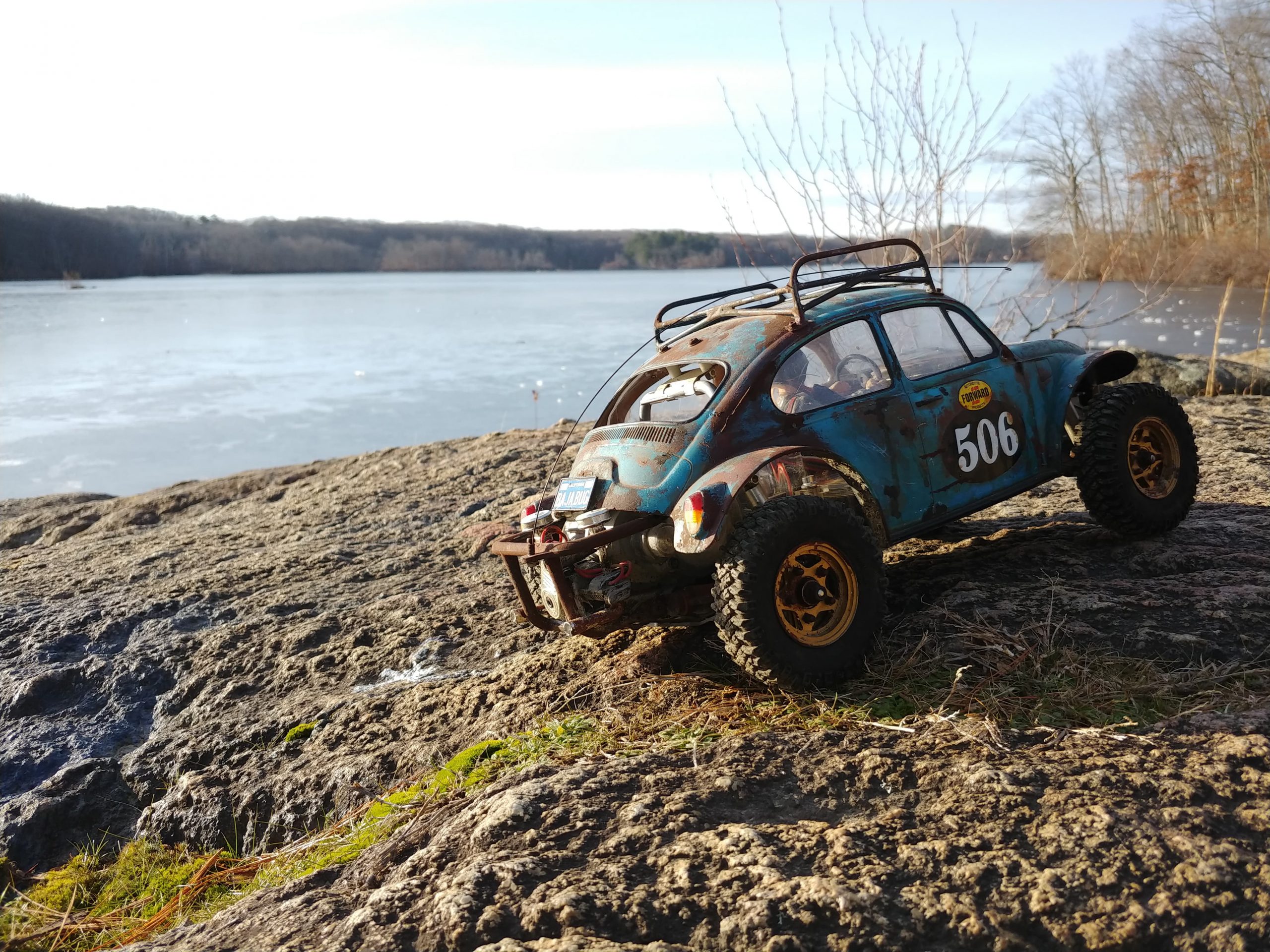 Here is the stock Tamiya Sand Scorcher that you can buy today. It is a re-release of the original and is the same vehicle that Ronnie Martin started with. The first Sand Scorcher came out back in 1979 and was then re-released by Tamiya in 2010. It retains the same basic layout and comes with the super-detailed and realistic VW bug body.