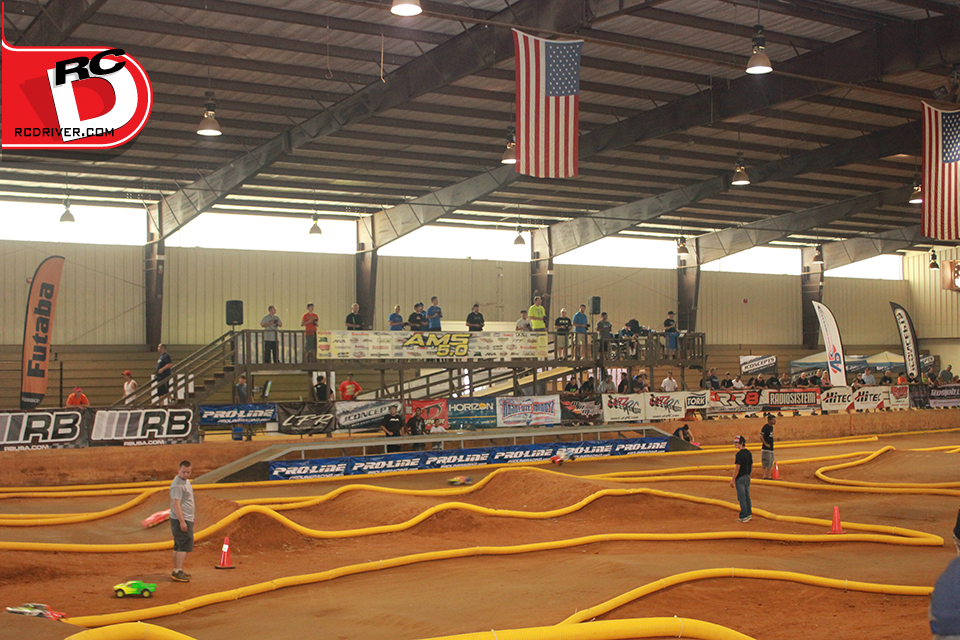 The 2014 Alabama Manufacturers Shootout, or AMS 5.0, is in the books and it was an amazing event to attend. The track is built in a bull arena in Cullman, Alabama, and racers flocked in from all over the globe to attend the fifth running of this popular event. On Thursday, practice was cut short due to a wild storm coming through and knocking out the power. On Friday, Jimmy Babcock of the famed JBRL series stepped up and ran a tight race program to get the 600 entries on the track and qualified and the program ran flawlessly. In the pits, racers were having a great time even though another couple of storms had blown in and hit the pit areas hard, flooding many pits out with over six inches of water. There are still several missing tires that floated away and are deemed forever lost by the authorities.  The mains fired up early Saturday morning and racing was expected to end at 11pm. Once again the program ran smoothly and the race ended right on time. In the mains, there was some fantastic driving and exciting battles in all classes. Team Losi Racing’s Adam Drake took down the TQ and Win in both Pro Nitro classes. The AMS 5.0 was one of the best races RC Driver has attended and we look forward to attending next year’s event. Thanks to all who sponsored and attended the AMS 5.0, it’s a prime example of how racing events are great for this sport. For more info, check out our feature write-up in the October issue of RC Driver.