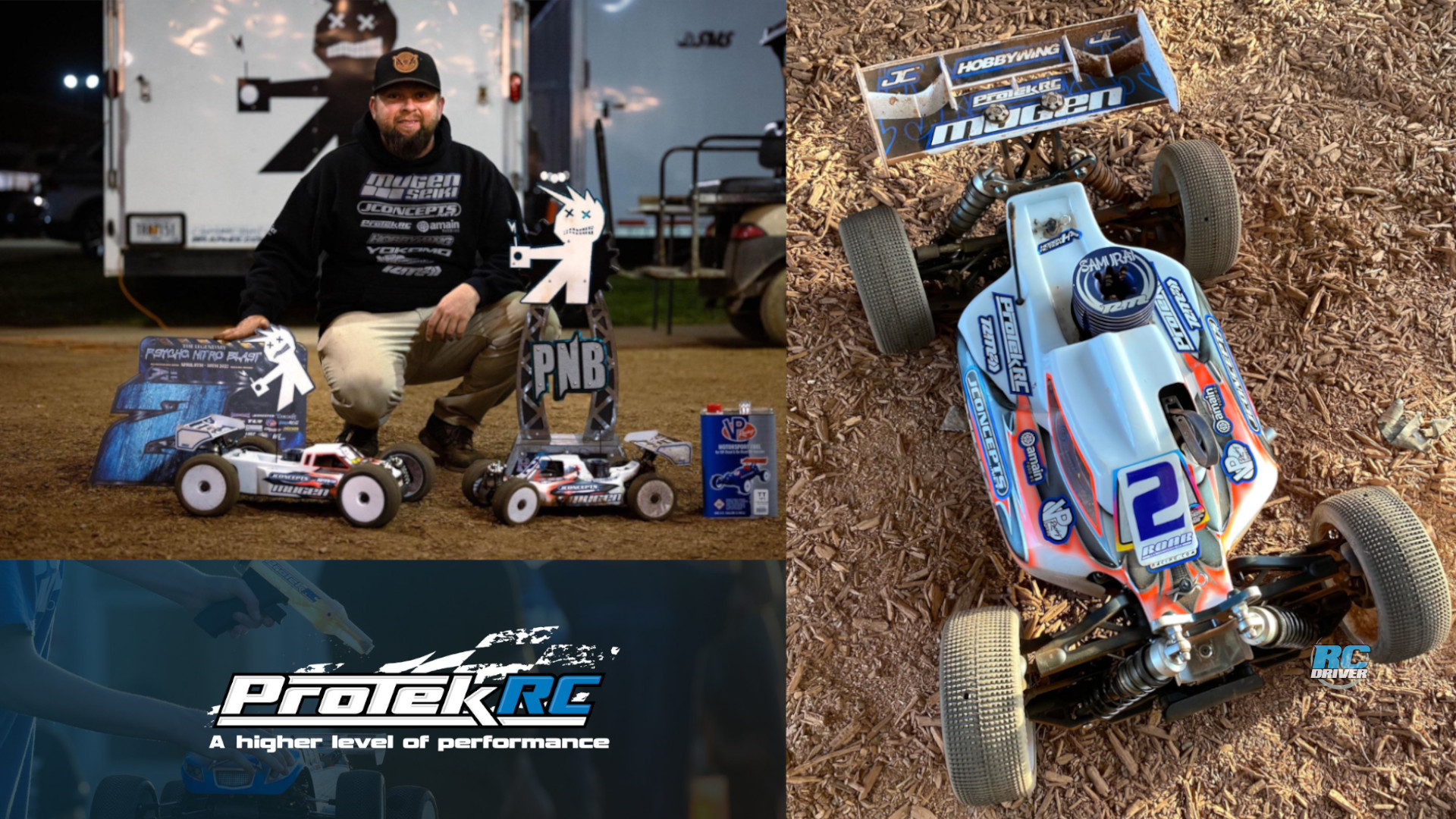 Ryan Maifield led a strong showing by the ProTek RC Pro Race Team over the weekend at the 15th Annual Psycho Nitro Blast in White Pine, TN with his victory in Pro Nitro Buggy, runner-up showing in Pro Nitro Truggy, and fourth place finish in eBuggy. Dubbed the Most Insane Race on the Planet by RaceTime Entertainment, this year’s PNB featured more than 1,000 entries and a Joker Lane that added riveting intrigue to each and every main event, including dramatic late-race action in the Pro classes. 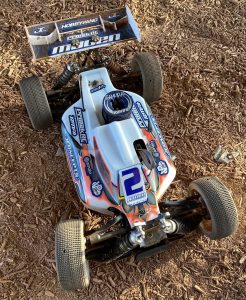 ‘Mans’ TQ’d his Mugen Seiki MBX8R on JConcepts green Reflex tires in Pro Nitro Buggy with two strong qualifying rounds. In the 30-minute main he led early and in the middle of the race before ProTek RC teammate Joe Bornhorst jumped to the point on lap 22. Maifield re-captured the top spot on lap 30 (of 40) and then had to fend off the talent-laden field the rest of the way. Dakota Phend saved his final joker option for the final minute and jumped up to finish second and Bornhorst held onto the final spot on the box in third.

“It was a great weekend of racing at PNB. Amazing to see so much energy and excitement in the RC industry,” stated Maifield. “The ProTek RC Samurai RM has been good all year and this weekend it again came through to give me the needed power and consistency in both Buggy and Truggy.” 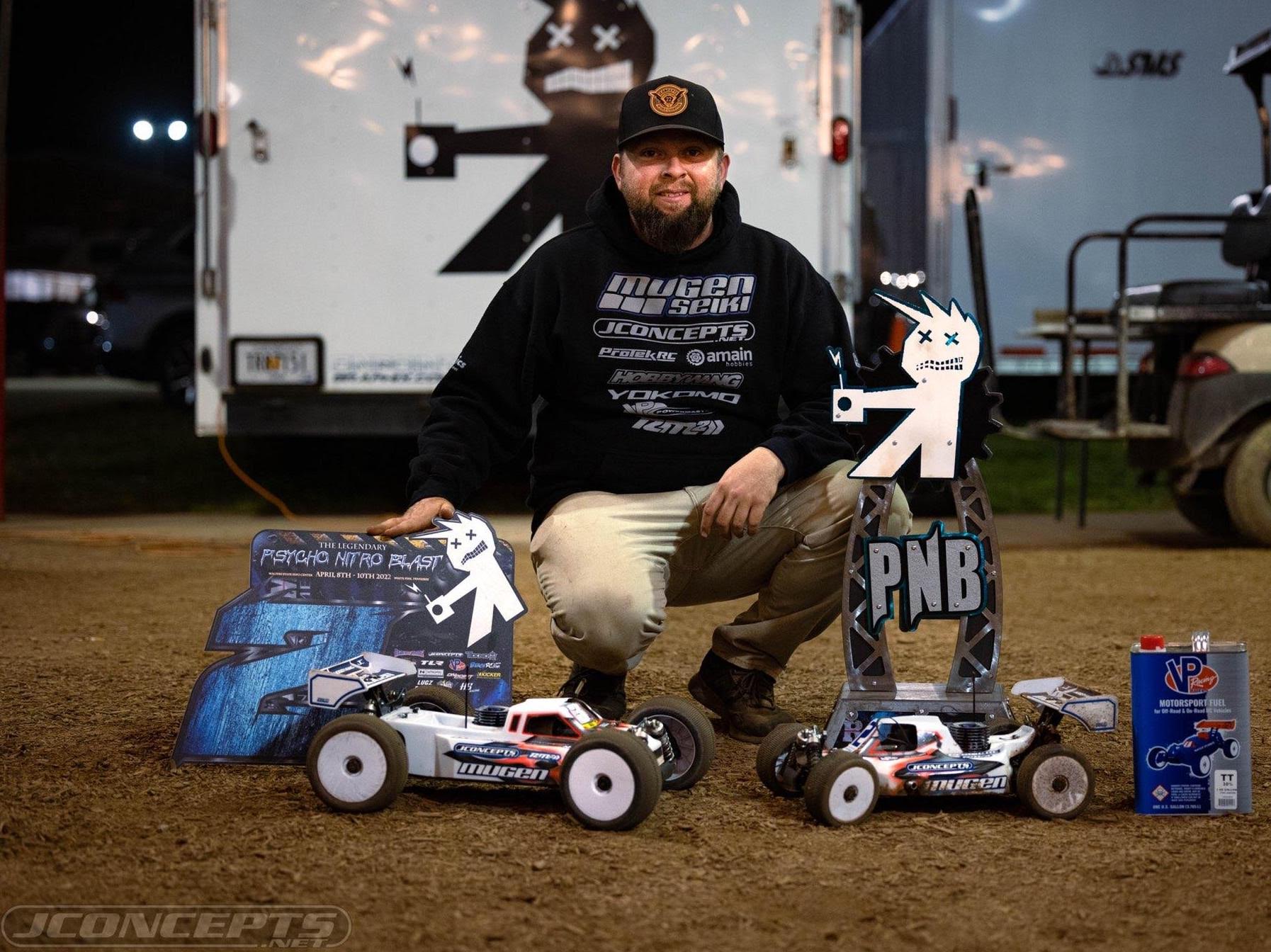 ProTek RC and Team Associated’s Spencer Rivkin also enjoyed a very successful weekend putting all three of his AE vehicles on the podium, finishing fourth in both Pro Nitro Buggy and Pro Nitro Truggy and third in eBuggy.

ProTek RC’s Adam Drake also made his way to the top of the box, winning the 40+ Nitro Buggy crown using both the ProTek RC 170SBL and 170TBL Black Label High Speed Brushless Servos. Drake TQ’d and started on the poll but had to come back up through the field early before taking the lead for good on lap 11 of 37 in the 30-minute A-main.

One of the most impressive feats of the weekend was posted by Coty Ingram, as the Tennessee native outlasted nearly 100 racers to take both the Intermediate Nitro Buggy and Nitro Truggy titles powered by ProTek Samurai engines.

Next up for the ProTek RC Pro Team is the 2022 Silver State Indoor Championships at the South Point Hotel Casino & Spa in Las Vegas, NV, May 4-8. For more information, check out thedirt.us.

The entire ProTek RC line of engines, servos, batteries, and accessories as well as most of the products run on the ProTek RC Race Team’s vehicles can be found at  amainhobbies.com.