We came across this incredibly-built, fully-customized Tamiya Fast Attack Vehicle and we had to share it with you all. The proud owner and builder is Oliver-Marc Steffen. He is 46 years old, a former boat builder and architect who calls Lubeck, Germany home. 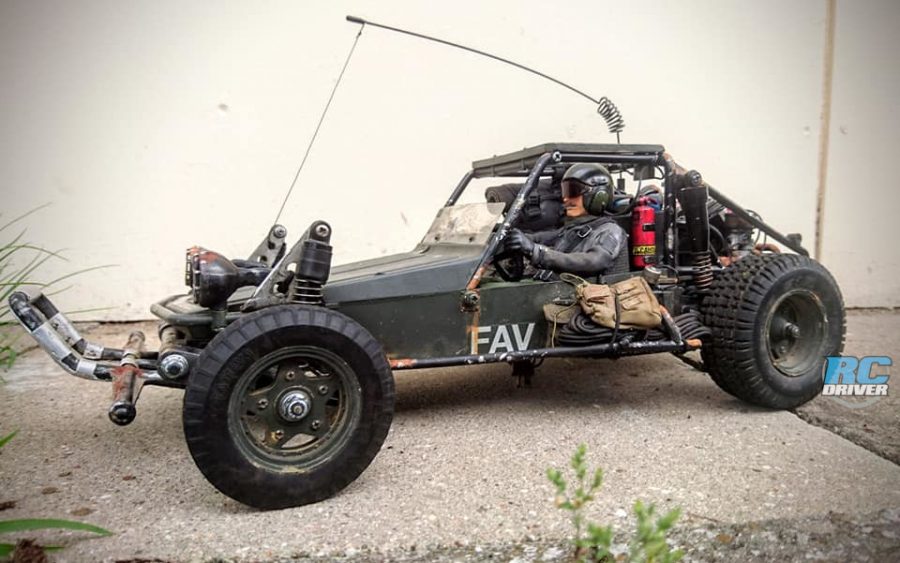 The Tamiya Fast Attack Vehicle (FAV) was one of the vehicles that Oliver always wanted when he was young. He now not only owns one, but has one that stands out in a crowd. He took many hours to fully customize the FAV to make it as realistic as possible. 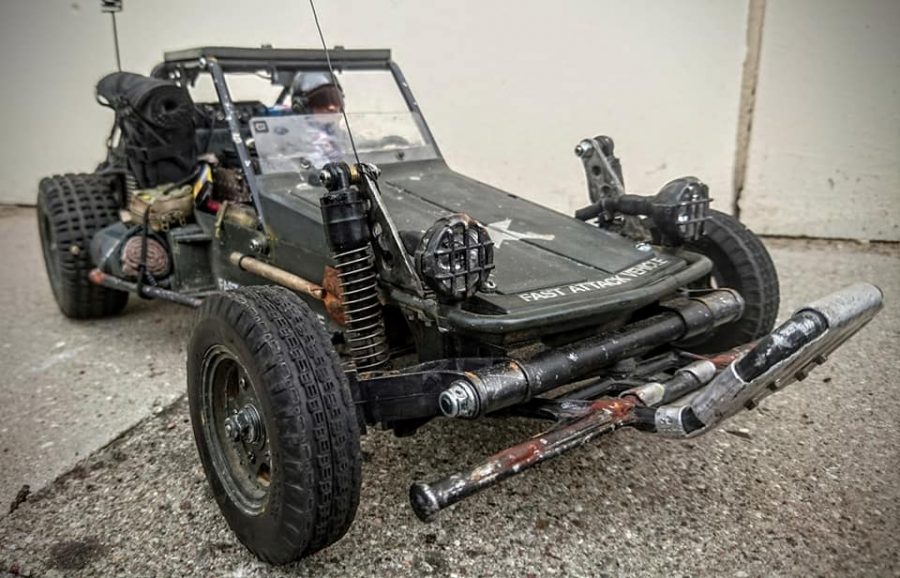 Here are just a couple of the details…the driver’s head rotates via a servo (check out the video.) Also the body has a custom made silk jacket and get this…the head of the driver figure has a mustache made from Oliver’s hair. That is a first for us here at RC Driver.

Additionally, he added ball bearings to the front suspension arms, there is a working fan over the engine oil-cooler, working lights and the list of custom realistic details goes on and on. Internally, the stock motor on the Fast Attack Vehicle was replaced with a Tamiya Sport Tuned motor and is fed by a LiPo to give this sweet FAV some extra ‘GO’! 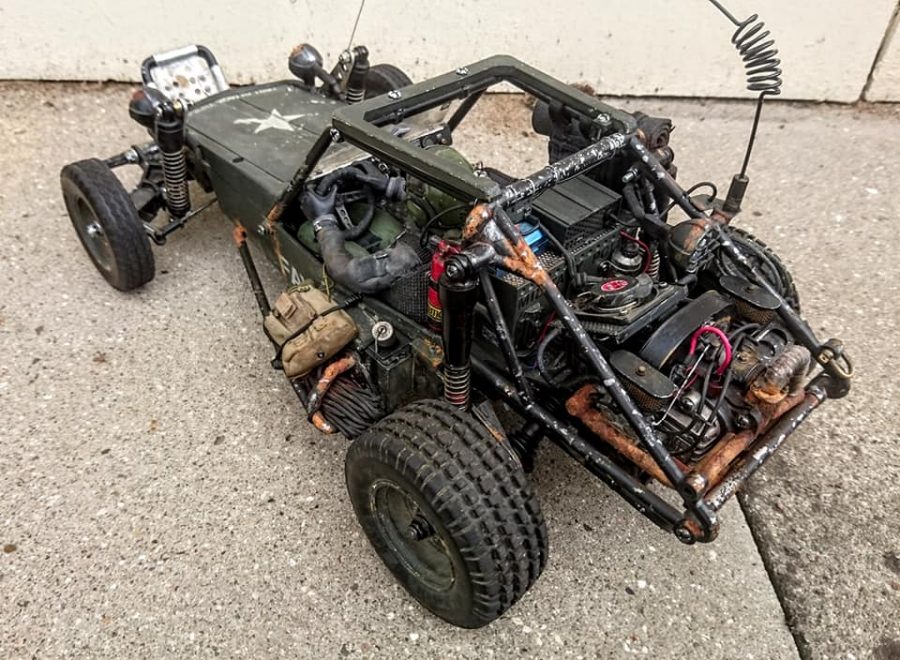 Take some time and look closely at all the photos of this ultra-realistic Tamiya Fast Attack Vehicle…the longer you look the more cool details you will discover.

In case you are not familiar with the Tamiya FAV, so here is some information and photos. The original Fast Attack Vehicle (#58046) was release back in 1984  and is considered the third military vehicle that Tamiya released…not including the Tamiya tanks. Then in 2011, Tamiya re-released the FAV (#58496) and it is shown here. This military buggy featured a realistic body, roll cage, driver figure, machine gun and lights. The ABS tub chassis worked very well on off-road terrain and had a good amount of speed. The performance and scale realism made it quite popular. Interestingly, only the Fast Attack Vehicle and the Wild One utilized the FAV chassis.

Tamiya later released a variation of the FAV named the Fast Attack Vehicle with Shark Mouth (#58539). This version includes a sticker set that is a clear throwback to World War II era American warplanes. A shark mouth and air force star markings are included on the sticker sheets.

If you are not a kit builder or you would just like to get your hands on a pre-assembled FAV, Tamiya offers a ready-to-run version of the Fast Attack Vehicle 2011 (#57828). It is one of Tamiya’s Expert Built vehicles which is their term for ready-to-run. Tamiya also release the Shark Mouth version as an RTR (#57842), but it has since been discontinued. If you want one, you could get lucky and find one online…they are still out there.

Lastly…Great job Oliver on your awesome Fast Attack Vehicle and thank you for sharing it with us!!!